How do we build self-esteem of our children? 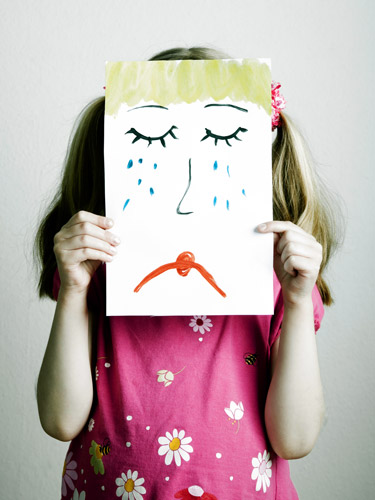 One of the most common concerns among most parents these days has been their child’s negligible confidence level and participation spirit in major activities. As parents, we aspire an all-round development for our children and expect them to excel in at least some of the fields that they participate in. Unfortunately, sometimes our children feel so deeply negativized with the thought of not being able to live up to their parents ‘ and mostly their own expectations that they develop what we shall discuss in this article, a lower sense of self-esteem about themselves.

As parents, it becomes our duty to find the root cause of this deep malaise. We hope you find the answer to most of the doubts in your about this issue via this article.

Q: What is self-esteem?

A: Simply put, self-esteem is the measure of a child’s belief in her/his ability. It is the image of themselves that they set in their own minds.

For eg. If your child is a good painter and yet would shy away from showing his drawings to others for fear of being, she/he lacks self-esteem.

A child may develop self-esteem at a very early age. Toddlers may early on arrive their concept of self-imagery when their parents acknowledge and reward them for simple deeds such as learning to stand or rolling over in bed.

Over the course of years, when the child starts to grow, the expectations of her/him to perform well exceeds as well.

Q: What are the benefits of having good self-esteem?

A: Self-esteem and self-respect and complementary terms. A child with high self-esteem would hold herself/himself in very high regard which would further boost their confidence level as they step out into the world.

These kids would also have greater control over the events in their life and can act independently while taking responsibility for their own actions.

Another thing is that such kids become very comfortable and secure in forming relationships that last long. They have the courage to believe in their own values and make good decisions, even in the face of external peer pressure

Q: What are the issues faced by children suffering from low self-esteem?

A: Children who face low self-esteem face a fundamental issue which acts fatal in their upbringing and well being. They start feeling that they do not deserve to be loved. This is an extremely crucial delicate situation as the child never really opens up about her/his issues in front of others thereby subjecting herself/himself to too much of self-loathing.

These kids could then never gain the same confidence level as the rest of their peer group and lack fundamental knowledge about their own inadequacies. In other words, they lack what is known as self-awareness.

Low self-esteem kids are constantly frustrated, angry and uptight about their failure. If their failure in terms of academics, it would further distract them from learning and lower their attention span in classes.

Their relationships face calamities as they fail to indulge themselves in fruitful friendships. These kids thus become withdrawn and turn inwards.

If not overseen properly, they may also give in to negative peer pressure habits of drugs, binge drinking, etc at a later stage.

But mostly, sometimes low self-esteem kids at an older stage feel utterly lost and defeated leading to even suicidal tendencies. It becomes very crucial then to deal with this malign issue at a very early stage.

Q: How to develop self-esteem?

A: If there’s one thing that should be recognised by the parent is that the self-esteem and self-importance in your child cannot be developed in a day. It is a process that should be taken into practice every single day. To develop self-esteem, a child should, for the most part, succeed in overcoming challenges that they set for themselves, doesn’t matter how small or big the challenges they face.

If done on a regular basis, this chain of challenging and achieving, and mostly of receiving positive validation from it, boosts a child’s confidence and strengthens her/his self-esteem.

When kids learn to do things for themselves and feel proud of what they can do, they feel a lot more capable and feel they have the calibre to take on greater challenges.

Children feel more efficient when they see those good things come from the efforts of trying hard and getting close to the goal or making progress in any forms and means.

For example, when a child learns how to ride a bicycle without the training wheels, it makes her/him believe in her/his capabilities and further strengthens their self-esteem.

Also, when children feel understood by a parent or someone close, they are likely to accept themselves, too. Their good feelings about themselves multiply as parents praise good behaviours, help when needed, and give encouragement and support as the child needs them.

Q: What is the role of parents in developing self-esteem?

A:  One of the most efficient aspects of parenting, in this case, is to teach your child to be independent. If you teach your kid to do things, instead of actually doing it for them, it builds their self-esteem to a major extent.

Of course, it is important to show and guide them at the first instance. But mostly, it’s utmost essential for them to figure their own way around things and do the task themselves.

Another important aspect of dealing with this situation is to praise your young one selectively. Yes, praising is essential and develops good confidence in them, but what is even more essential is to avoid over-praising and pampering them.

For eg. If you praise your young ones even for tasks they failed at, it negates the whole point of boosting their morale. Instead, if you console them by saying,

“I know you tried hard but I know that things will work out next time.”

This gives them a greater kick to work harder next time and not be scared about the failures.

Another important thing to remember is that kids mostly learn imitation at a very young age. And as they are very impressionable young minds it becomes very important for parents to be good role models and idols they can look up to.

Which means that if we, as parents learn to do things on our own and hold ourselves and our work in the highest regard, they learn to do that as well. And as by doing their work and tasks with the utmost dedication, they learn to get better at it, thereby boosting their self-esteem to a new level.

And lastly, it is essential to leech out all the negativity from your own life. Avoid harsh or hurtful comments like for eg., “You’re so lazy” or “Look at so and so’s kid”.

A lot of our child’s inner negativity is a by-product of the all the negativity around her/his surroundings which they soak in.

So as parents, it becomes our job to fill our own lives with all the positive energy that we could so that we could fill the same in the lives of our children.

This, all of this, is the recipe to your child leading a beautiful, happy life where she/he feels good about herself/himself. This will not only help your child to deal with problems they face during their childhood but also support them to responsible and successful adults and parents themselves.

Kabuliwalaby Rabindranath Tagore My five years’ old daughter Mini cannot live without chattering. I really believe that in all her life she has not wasted a minute in silence. Her mother is often vexed at this, and would stop her prattle, but I would not. To see Mini quiet is unnatural, and I cannot bear […]

A tantrum is the expression of a young child’s frustration with the challenges of the moment. Perhaps your child is having trouble figuring something out, read this article to know how to help your child and deal with the situation better.