We all have dealt with the unholy who visits us at the most inappropriate time.
The unspoken misery of every parent and child alike.
The only devil who destroys the love we share together as a parent and child.
Yes, today we will analyse “Temper tantrums” of our loved ones. 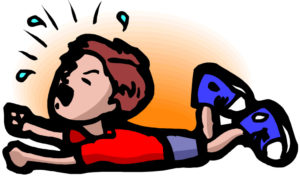 A tantrum is the expression of a young child’s frustration with the challenges of the moment. Your child is having trouble figuring something out or completing a specific task. Your child doesn’t have the vocabulary or can’t find the words to express his or her feelings. Frustration might trigger anger — resulting in a temper tantrum.

If your child is thirsty, hungry or tired, his or her threshold for frustration is likely to be lower — and a tantrum more likely. They want to do more than they can handle. Toddlers are naturally very curious—and are thrilled to discover they can suddenly do so many things on their own.
Unfortunately, your child’s physical prowess doesn’t keep pace with his curiosity, so he gets frustrated when the block tower falls or he’s not allowed to climb the kitchen stool.
They don’t understand delayed gratification. Little kids live in the here and now, not in our cookies-are-for-after-dinner world. Not getting what they want, when they want it, is a top tantrum producer.
How to prevent tantrums?
There might be no foolproof way to prevent tantrums, but there’s plenty you can do to encourage good behaviour in even the youngest children.
For example: 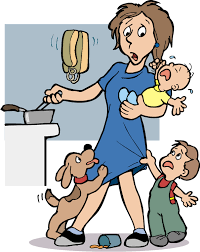 What’s the best way to respond to a tantrum?
Typically, the best way to respond to a tantrum is to stay calm and ignore the behaviour. You also might try to distract your child. A different book or a change of location might help.
If your child is hitting or kicking someone, hold him or her until he or she calms down.
When your child quiets down, you might say, “Tantrums won’t get my attention. If you want to tell me something, you have to use your words.”
The next time your child has an episode, ask yourself “What function does this inappropriate behaviour serve?”
If your kid is looking for attention or a “tangible” (toy, food or other treats), the best response is to ignore the behaviour and maintain your own emotional composure. My friend learned this lesson the hard way: When she told her strong-willed 3-year-old, Sammy, that she couldn’t watch her favourite TV show, she screamed, “I don’t like you! I’m so disappointed with you!”
“It made my blood boil so much that I couldn’t help yelling back at her”. As a result, Sammy’s fit lasted for half an hour. This called the Anger Trap. “If you get just as mad and irrational as your child, it’s like throwing gas on a fire”.
But there is another trap, too: the Sadness Trap. “When you comfort a child in the middle of a tantrum, you reinforce the behaviour. Instead, say ‘I’m sorry you’re upset. When you calm down, I’ll give you a hug and we can talk about what happened.’” This way, you offer support and sympathy while still showing your tot how to regulate his emotions. Child composes their feeling so much faster when you manage to do that.”

But the above strategy doesn’t apply to an “escape” tantrum: a child going bonkers because he doesn’t want to do whatever it is you want him to (clean up, sit at the table, etc.). In this case, ignoring him gives him what he wants: You’re no longer demanding that he wear his coat, or whatever it is that needs to be done.

Putting him in a time-out chair doesn’t work, either, since that’s time he’s not putting on his jacket. “Every second he’s not complying, he’s winning”. Instead, tell your kid that if he doesn’t get dressed in five seconds, you’re going to put your hands on his and do it together.

If your tiny rebel makes no move after the five seconds are up, which he won’t at first, take his hands in yours and gently force the coat on. If your child begins to slap or bite you, continue putting the coat on and then put him in time-out (or take away a privilege, if that’s your standard discipline tactic). That way, your child sees he still has to wear the coat (so his protests were ineffective) and now has an additional consequence for his unacceptable behaviour.
Just as kids can quickly slip into anger and sadness, so can they slip out of them. The average tantrum lasts about three minutes, according to the research. That’s why, shortly after a tantrum, your kid is back to playing as if nothing happened, while you’re still quaking from the event a half hour later. “Toddlers can transition from sad to happy and from angry to calm incredibly easily”. So enjoy that post-freak-out cuddle, and gird yourself for the next round.

What if my child becomes destructive or dangerous?
If a tantrum escalates, remove your child from the situation and enforce a timeout:
Don’t use timeouts too much, or they won’t work.
What about tantrums in public?
If your child has a tantrum in public, ignore the behaviour if possible. If your child becomes too disruptive, take him or her to a private spot for a timeout.
After the timeout return to the activity — or your child will learn that a tantrum is an effective way to escape a given situation. Till next time.
Love
Neha Soni